What’s the verdict on Travis Scott at the Golden Arches? 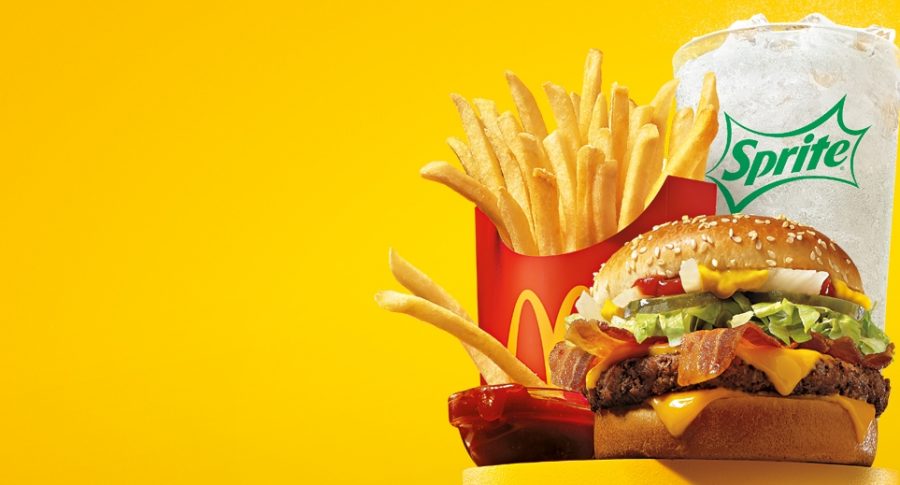 “It’s Lit!” at McDonald’s as the partnership between the rapper Travis Scott and the fast-food chain released a meal called “The Travis Scott Meal.” But the real question is, is the meal really worth the hype?

Whether you go to order the meal by letting the cashier know that “Cactus Jack” sent you or blasting “Sicko Mode” out your car window, there is no doubt that people have lined up the try the meal.

It comes with a Quarter Pounder topped with mustard, ketchup, slivered onions, pickles, shredded lettuce, cheese, and bacon all on a sesame seed bun. On the side, it has a medium french fry and tangy BBQ sauce with a drink of your choice, but if you want the true Travis experience you would need to order a Sprite with extra ice “Straight up!”

Many students have tried it and carry strong opinions on the meal. Junior Jakob Calvi was at McDonald’s the first day it was being served and found his meal to be outstanding.

“I liked the Travis Scott burger,” said Calvi. “It had a good combination of toppings which gave it a good flavor.”

Although Calvi had a good experience eating the Travis Scott Meal, it was not so pleasing to everyone. Sophomore Devin Segovia tried the meal after he heard talk about it being really good.

“I found it to be underwhelming,” said Segovia. “I feel that it could have had a more straight-forward flavor and the meal to come with a large fry instead.”

My thoughts on the meal align more to Segovia’s. Looking past the name on the meal and the hype, it’s just a Quarter Pounder with lettuce and the dry bacon. I believe McDonald’s is just trying to reach out to a younger audience while Travis Scott is trying to brand himself. In their collaboration they are looking to add “limited edition” Cactus Jack and McDonald’s apparel. While this may be effective cross-merchandising, it’s a blatant manipulation of customers. The outrageous launch will include a body pillow worth over $90 in the shape of a chicken nugget — definitely not in good taste.

I do believe though that the Travis Scott Meal is an entertaining and affordable way to join in on a special collaboration… as long as you do not buy the chicken nugget body pillow.