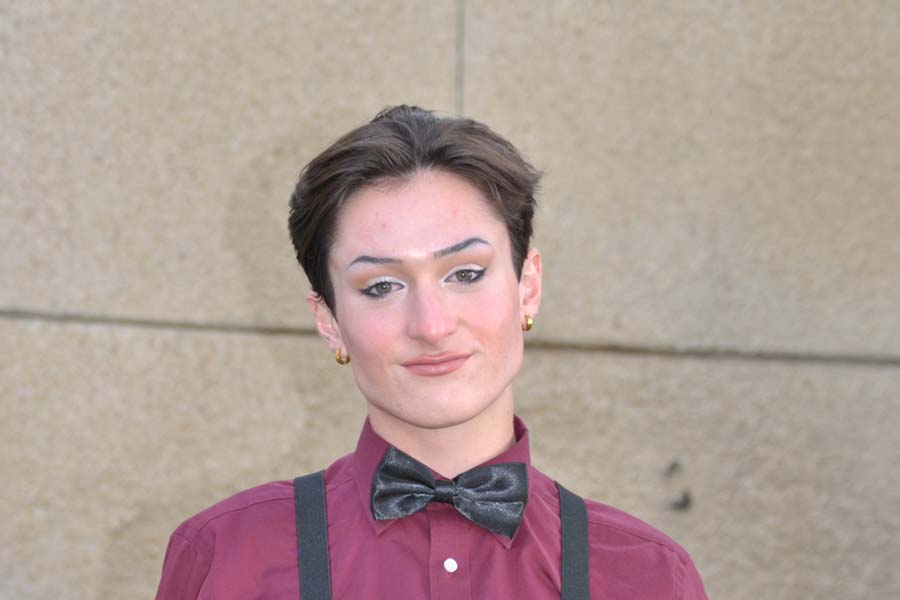 What’s your favorite memory at BHS?

My favorite memory at BHS was doing Powderpuff. While my Mr. BHS performance sophomore year was killer, I really turned it out with the other senior boys in our winning performance, and it was a TOTAL slay.

If you were an animal in a forest, what animal would you be? Why?

If I were an animal in a forest, I would of course be a bird. Flying is such a top tier ability and predators wouldn’t be able to catch me- I’m just built different.

If a forest fairy granted you one wish, what would it be?

If a forest fairy granted me one wish, I would ask for everyone to have liveable income because the struggle is real out here under our economy.

If you were stuck in a forest, what three things would you bring with you?

What magical power do you wish you could have? Why?

I wish I had the magical power of teleportation because it would cut down my contribution to greenhouse gas emissions and I could make as much money as I want being the only person who can teleport, it’s a win win.

Snow White already knows Dopey, Bashful, Grumpy, Sleepy, Sneezy, Doc, and Happy. If you were her eighth dwarf, who would you be? Why?

I don’t think I’m short enough to be a dwarf, but I would be Goofy because I like to make people laugh and I would just rip off Goofy from Mickey Mouse because I love a crossover moment.

If a tree falls in a forest and no one is there to hear it, does it make a sound? Explain.

If a tree falls in a forest and no one is there to hear it, of course it makes a sound, especially since I beat that bozo’s lil trunk up.

My fairy godmother is the one and only Gia “the baddest” Croos Peterson. She helps me even when I don’t know I need it and has accomplished more at her age than anyone else I know.

What is your “happily ever after?”

Who’s at your side for your forest adventure?

The people at my side for my forest adventure would have good survival skills, so I would choose someone like ZJ Hoffman or Madison Johnson because they’re going into some good military schools.

What’s on your playlist for your forest adventure?

I would just have every Beyonce song in my playlist. She got all types of hits and she stays blowing these other artists out the water #Beyhive4Life