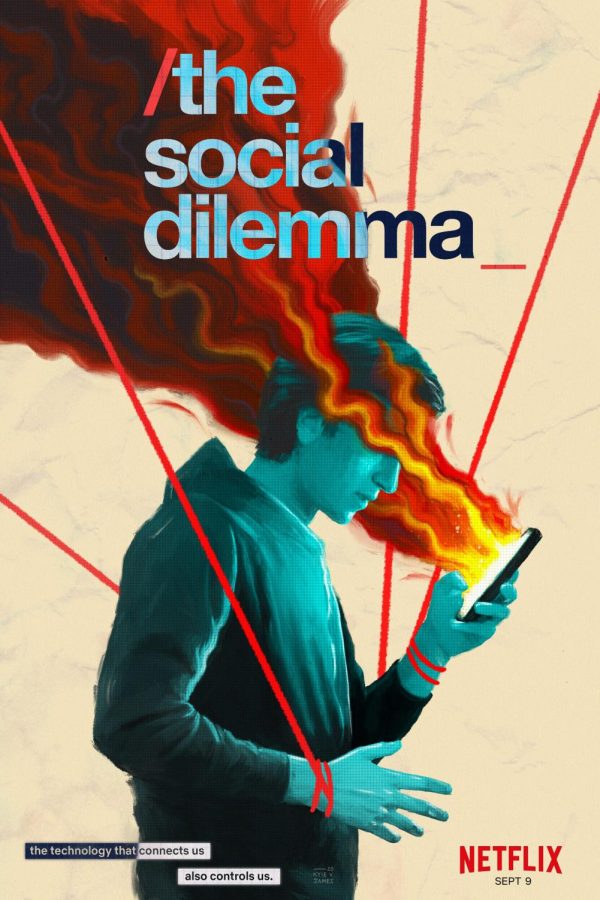 You are not immune to propaganda. We are all highly complex individuals with different backgrounds, worldviews, experiences, and an incalculable other number of differentiating factors which make us unique, and yet throughout history, malicious actors have been able to manipulate entire populations for their own interests. We are not independent from the chemistry of our own brains, our conscious mind is inherently shaped by the subconscious, and the subconscious, in turn, is shaped by predictable and exploitable psychological phenomena.
Netflix’s The Social Dilemma explores the ways in which the tech industry and social media have used their vast stores of data and personal information to turn its users into products that can be sold to the highest bidder. It details the ways in which every aspect of our virtual lives have been engineered to influence our habits, thoughts, and opinions in subtle, imperceptible ways on behalf of those who are willing to pay.
The documentary is composed of two primary sections: a parable surrounding a fictitious family and their struggles with media addiction which serves to further a point and provide a visual aid, and a series of interviews with former tech insiders who explain the corporate systems and intentional engineering practices that make many aspects of the tech industry so malicious. The narrative of the family is fine, nothing more, but the important political and philosophical content is conveyed in the interviews.
The insiders, mostly former software developers, designers, and financial specialists for major Silicon Valley companies like Google, Twitter, and Facebook, outline an instruction manual that has been implemented by their industry to convert people into addicts into products.
Have you ever found yourself instinctively, unthinkingly checking your phone for no discernible reason? Have you ever felt a slight unease at letting a notification sit unopened? Clearing Instagram stories just to get rid of the little red circles? All these seemingly benign, habitual actions that one makes hundreds of times a day are the result of careful design choices which produce similar neurological dependencies to gambling or drug usage, if to a lesser extent. They prey on predictable dopamine releases in the brain that come from completing small tasks. This small release of dopamine creates an easy path to instant gratification, which makes the brain crave the next micro dose.
The purpose of getting users hooked is to create an environment in which every possible shred of data can be harvested and processed by extremely advanced algorithms that produce models of each individual user’s behavior. These models can determine your interests, what sorts of content you are prone to watching, and most importantly, what sorts of advertisements will work best. The longer a user has their attention on their phone, the more data the company can collect, and the more accurate the model becomes.
Finally, these models are used to attract advertisers to the site or app, where the company can nearly guarantee a degree of success with any sort of campaign that they are running. The companies provide both a platform on which to advertise, and target the advertisements at those who are most likely to respond. These advertisers may be shampoo companies or apparel vendors, or they may be foreign governments, domestic political organizations, or any other number of unsavory entities. No one really cares to ask.
Many who buy advertising space on these platforms do so with the express intention of altering user behavior, whether that be their choice of clothing or their political beliefs. Whether or not they do is monitored and refactored into the models.
The Social Dilemma goes on to rightfully place blame for several social ills on this mechanism of addiction, harvesting, and manipulation. Notably, it mentions our recent political polarization and how many social media platforms have been used to promote increasingly radical ideas among the population. It takes issue with people having extremely specific, extremely effective propaganda beamed into their retinas at all hours of the day for the benefit of political organizations and the profit of the companies that control the means by which the propaganda is distributed.

The issue with The Social Dilemma is its solution. It proposes that small reforms need to be made to ensure that rational centrism is allowed to return to the discourse, and that these companies ultimately just have the wrong business model that happens to allow the masses to be slaughtered on the altar of the free market.
But the fact that an extremely small minority of exorbitantly wealthy capitalists are not only allowed but incentivized to place a price tag on the consciousness of their users–users who were never informed about this transaction–should itself be reason for radicalization. There is an auction at this very moment where your opinions, thoughts, hopes and dreams are being sold. Maybe to Evian, maybe to Q-anon, but you are not given a say in who buys your brain. We are all mere commodities, another resource that can be used to increase profit margins, but the idea that we were, at any time in history, anything more than that to the owning class is laughable.  The exploitation of the many for the profit of the few is not a new phenomenon. Surveillance Capitalism, as the documentary was keen on calling our current economy, is not a wholly novel concept, it did not emerge from nothing. It is the natural result of existing forces, forces which resist reform with every dollar in their bank accounts. It is important not to forget that the blame for our current dystopia lies just as greatly on the bidders as it does the auctioneers. Never forget who was willing to buy when Facebook offered to sell.